Instead of spending a semester studying for tests, senior public relations students at the University of Alabama were tasked with raising awareness and funds to alleviate childhood food insecurity with Secret Meals for Hungry Children. With the Tuscaloosa community’s support, the resulting event raised enough money to feed 19 children every weekend for an entire school year.

Students partnered with Alabama Credit Union and Monarch Espresso Bar to create Battle of the Baristas, an exciting and competitive philanthropic event which took place on Friday, Nov. 9 at Monarch Espresso Bar and benefited Secret Meals For Hungry Children. The program was created by the Alabama Credit Union to provide meals for children who can’t access nutritional meals during the weekend while they’re away from school. The meals are discretely slipped into the backpacks of as many hungry children as donations allow.

A $10 wristband purchase included door prize entries, a tasting portion of each drink, and the opportunity to decide Monarch’s newest menu item by voting for the best overall specialty drink. Local Roots and Little Poblano food trucks offered food for purchase and donated a portion of proceeds to Secret Meals. 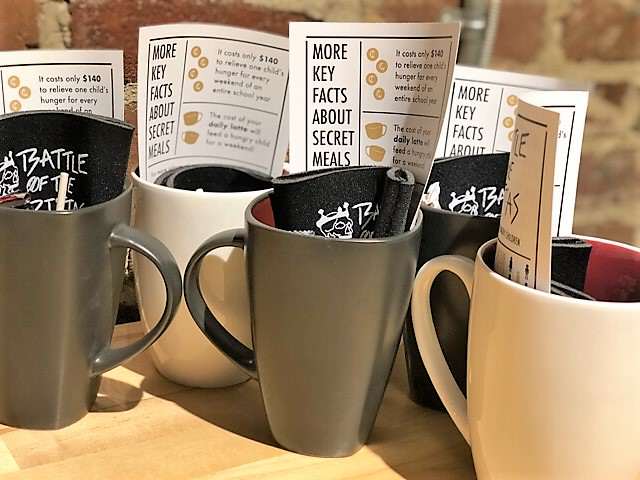 The family-friendly competition attracted 131 attendees, and 17 community organization and businesses sponsored the event. Six baristas competed in four rounds of competition. Molly Inhofe and her drink “Summer Peelings” took first place in the creativity round while Caitlin Giles’ “The Mounty” won the presentation and tasting rounds, and took the grand prize of best overall. Besides bragging rights, Giles will see her specialty drink featured on Monarch’s menu.

Overall, Battle of the Baristas raised over $2,700 that will directly benefit Secret Meals. With the cost to feed one child every weekend for an entire school year sitting at $140, the funds raised through the effort will feed 19 West Alabama school children.

Tales of Tuscaloosa: A Plane Named ...